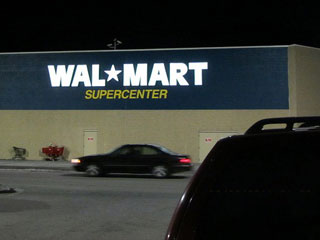 Walmart recently had a lot of poop to deal with. Their Mexico operations used bribery to gain more market share. Bribery is almost an expected part of doing business south of the border. But obviously that doesn’t make it right.

The worst thing about the situation was that Walmart covered up the investigation into the problem. They could have dug deeper, fixed the problem and then apologized profusely. No. They chose to sweep the problem under the carpet.

The obvious lesson is that it’s good to be truthful in all our business dealings, as dirty little secrets usually make their way to the surface. The more specific lesson is that when our mistake is uncovered, we should quickly and decisively deal with it. And then we should apologize.

Links: The Walmart Mexico bribery story was reported on very well by Gini Dietrich on her Spin Sucks blog. And here’s the New York Times take on the story. The Walmart photo is creative commons-licensed by matteson.norman.

Finally, here’s an amazing video about how many Mexicans don’t want to put up with corruption.

Pinterest
Tagged PR
We use cookies to ensure that we give you the best experience on our website. If you continue to use this site we will assume that you are happy with it.OK