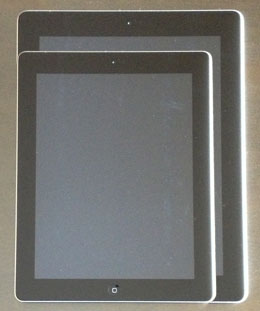 Apple can do no wrong. At least that’s what some people think. I am an Apple fanboy, but they may have slipped a little with the new iPad Mini.

Here are the reasons why they didn’t plan as well as they could have:

1. They staged a special event to unveil the iPad Mini. Though it is a great tablet, there’s nothing revolutionary over to what the regular iPad offers.

2. Amazon unveiled a complete line of Kindles when it announced version 2 of their popular Kindle Fire tablet. Apple could have launched the Mini when it launched the iPad 3.

3. The launch of the iPhone 4S demonstrated a similar problem. It was definitely better than the iPhone 4, but it looks exactly the same.

4. Apple has set a precedent of unveiling earth-shakingly different products. Whenever they unveil a minor change via a major launch, they venture into the “Cry Wolf” category.

A takeaway for you is to be careful as you plan your new products and services. Analyze your competition with an eye to seeing what they do better than you. Figure out how to go one better. If you think you’re the best, you may not be for long. (Apple will retain their position, but they’re not above a fall from grace.)

Having said all that, I love the new iPad Mini!

Footnote: I do realize the iPad Mini launch was also accompanied by the announcement of other new products, including a faster regular iPad, but for this article, I am focusing on the iPad Mini.

Pinterest
Tagged appleipad mini
We use cookies to ensure that we give you the best experience on our website. If you continue to use this site we will assume that you are happy with it.OK