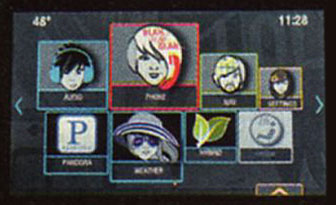 When do you keep things the way they are, and when do you push for change?

Chevrolet recently released a whole new version of their Impala, a large sedan formerly banished to rental car lots. The new model is being marketed to a much younger audience. Chevrolet thinks they can gain some traction with the car’s sporty exterior and faster performance. What they don’t realize is that generally, people from 25-40 do not want large sedans.

A puzzling decision was their choice of people representing the selections in their on-screen dashboard control system. Each would appeal to people between 15 – 25. Current Impala buyers are in their 50s – 70s.

This is a small detail, but it reflects a lack of overall direction for the car. When you start your project, whether it is the revision of a multi-million dollar car or the relaunch of your newsletter, think of your actual audience. Be realistic by focusing on what they will respond to – and not on what the potential bleeding edge audience might like. Push the boundaries in areas where you will get some payback.

Pinterest
Tagged change
We use cookies to ensure that we give you the best experience on our website. If you continue to use this site we will assume that you are happy with it.OK